“Fuck Everything” is a new track by core of bells.

Like experimental music, hardcore punk, drone noise and etc., the possibility of “boring music” lies in its ability to distract audience’s attention from the music being played as well as its performers and/or composers, because such music is far too boring to make one concentrate. That is to say, a music conscious of its “boredom” can fill the space with elements not only emanated from the performer but also from the audience.

This problematic trend in music (i.e., the experimental music after John Cage, 90’s quiet improvisation music in Japan) is that it seems so individualistic. In other words, it looks too aestheticized, or rather the emphasis is given to the musician’s character, despite the fact that these types of music have been aiming to deconstruct and dissect music from performers and/or composers.

If that’s the case, then, as for the practice of core of bells, we thought we should abandon our stereotypical figures and characters as the poor, experimental musicians. For our latest performance, we asked beautiful Japanese girls whose appearances are the most distant from ours and have them play our “boring music” instead.

So, fuck our figures, characters, or individual charms, because we don’t need them for music.

The message of this work is “Fuck Everything,” which is so simple and ancient like the Dadaists. The concept derives from de-emphasizing the character which is happening too much in both music and art.

If you would like to see the full version (30 minutes), please visit the link below.
https://youtu.be/cp5bn0JtywE

We also accept offers from overseas. For booking, please contact us at coreofbells@hotmail.com 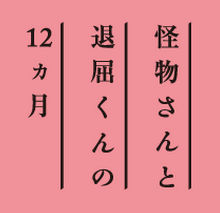